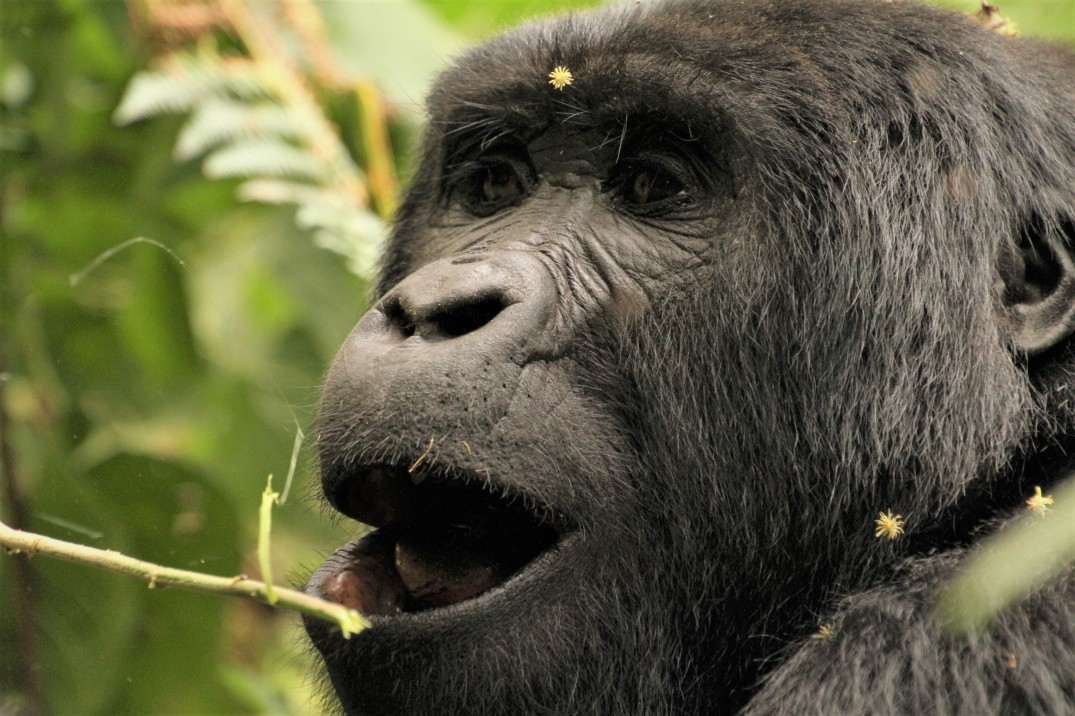 Gorilla trekking is something I have always wanted to do and today was the day. I started with a Ugandan coffee, watching the sun come up prior to breakfast. After, we would walk to the park gate to be assigned a gorilla group or family. I was assigned the Rushegura Group which consisted of 16 members plus 3 little ones. The trek started out easy for the first hour and then we turned into the think jungle of the Bwindi Impenetrable Forest. Our Guide would be in contact with the trackers as they were sent ahead to track the gorillas and communicate back to the ranger for us to find them. We trekked for another hour before getting the sign from our ranger that we were close. Walking down a steep hill, we saw a female and her little one under the tree. After snapping several photos, the guide shouted for us to follow him to even more gorillas. I stayed back as I had a feeling this mother and her little one were going to do something exciting. Eventually they got up and walked right by me with the little one doing a somersault down the hill. As they left I started walking to catch up to the group but looked up to see the “Black Back” which is the male, second in command. I started taking photos and saw him start moving towards me. I stood still, petrified, not knowing what he was going to do. He came closer at a good speed and as he trekked by, he threw his butt into me as if he were body checking me. I was thrown into the bush and the gorilla continued on to the rest of his family. I was fine and brushed myself off before catching up to the rest of my group.

Here we were lucky enough to see the baby gorillas who were very playful. They were wrestling around and pounding on their chests which made for a great time. Near the end, 3 of the babies got curious and started approaching one of the guests. It started curiously with a little lick and a one finger poke. The other babies saw this and decided to wrestle right in front of us, which I related to wrestling with my brother when I was boy. We would end our time with the guide saying “believe it or not the hour is up”. It was one of the quickest hours I have ever enjoyed and can suggest this experience to everyone! 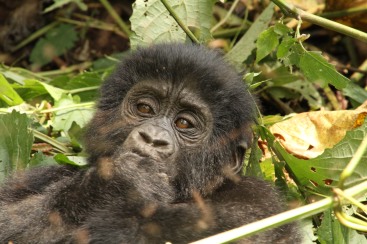